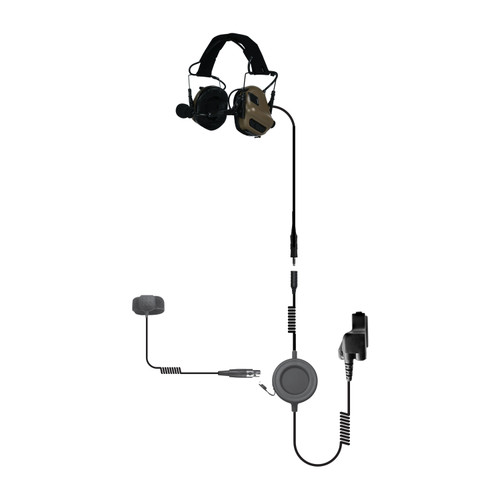 
Noise cancelling Dual Muff headset with "hear through" technology using electronic amplification of ambient sounds. Headset connects to PTT with a Nexus TP-120 plug wired to the US NATO standard. Features 5 levels of battery powered sound amplification, allowing for enhanced situational awareness. The noise cancelling dynamic boom mic can be moved from left side to the right side. Ear muff cups are slim design to promote good "cheek weld" when sighting in a rifle. Cables are reinforced with Kevlar. Used by SWAT, HAZMAT and Tactical Units.

Demanded by LE Tactical Teams, the CR-MILTAC Tactical Headset provides an edge in tactical communications by enhanced electronic amplification of your ambient surroundings. Be able to hear footsteps or enhance audible surroundings by increasing the amplification volume. When comms are too noisy, turn down amplification or power off for full noise reduction. 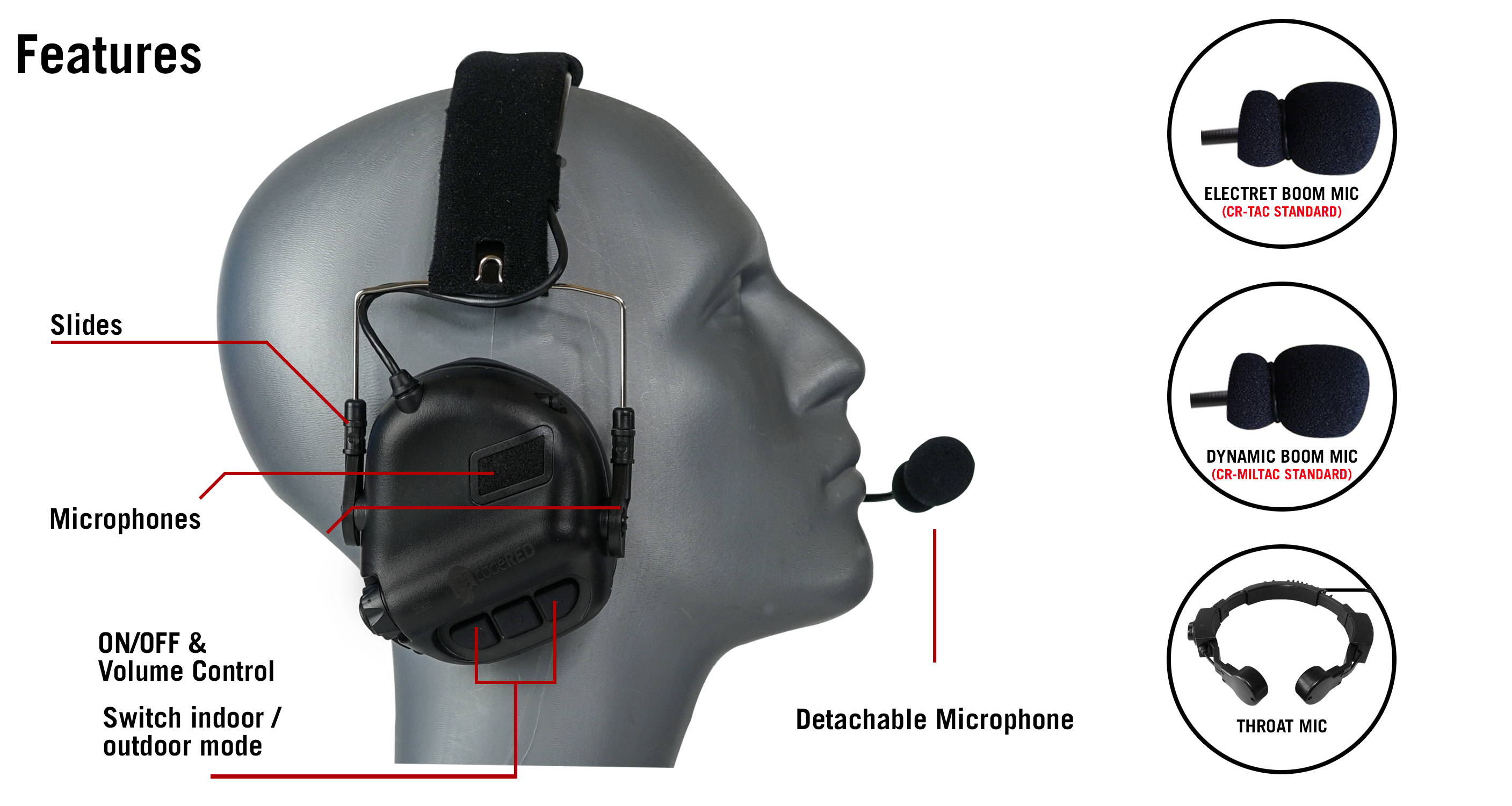 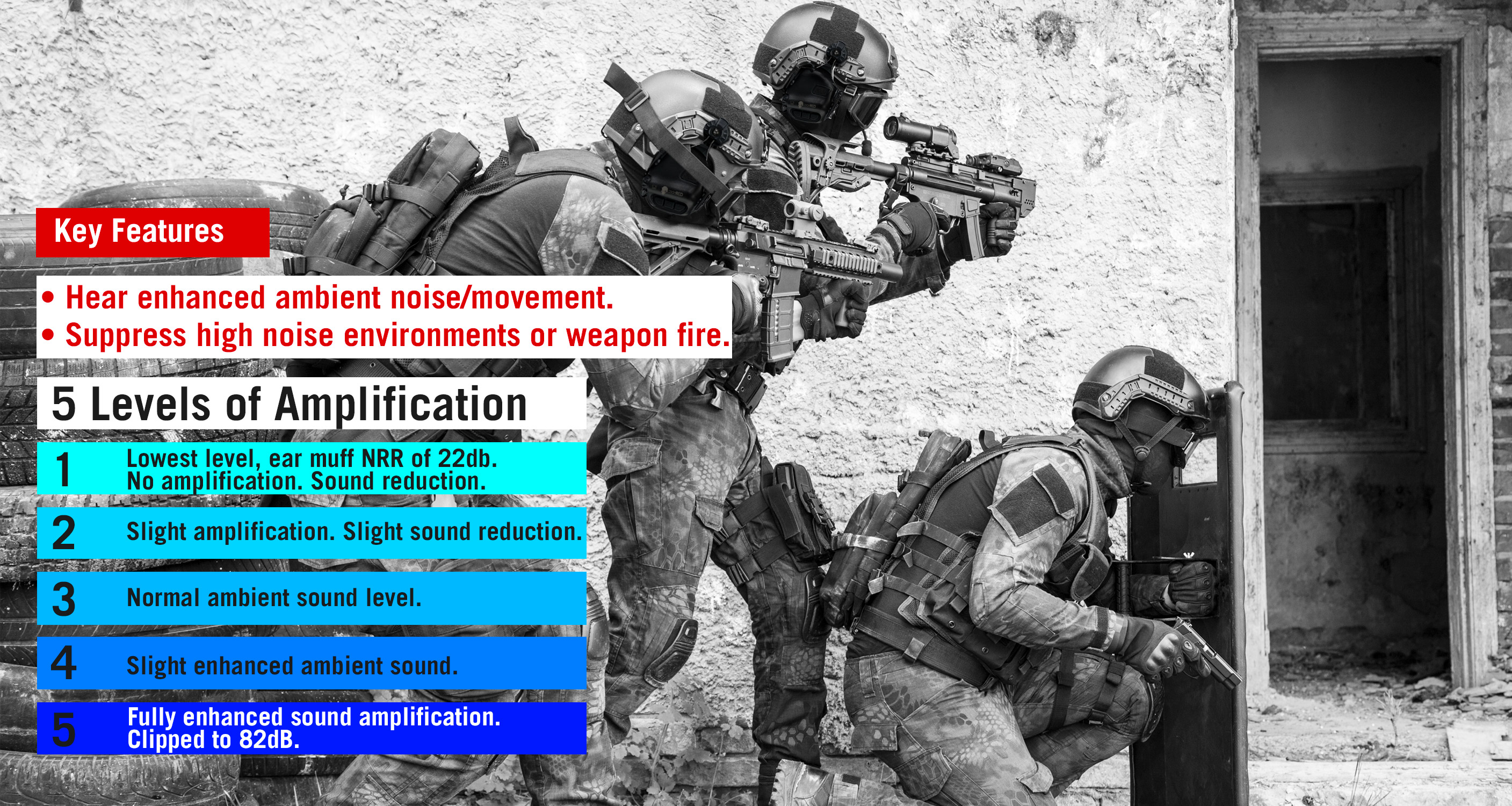 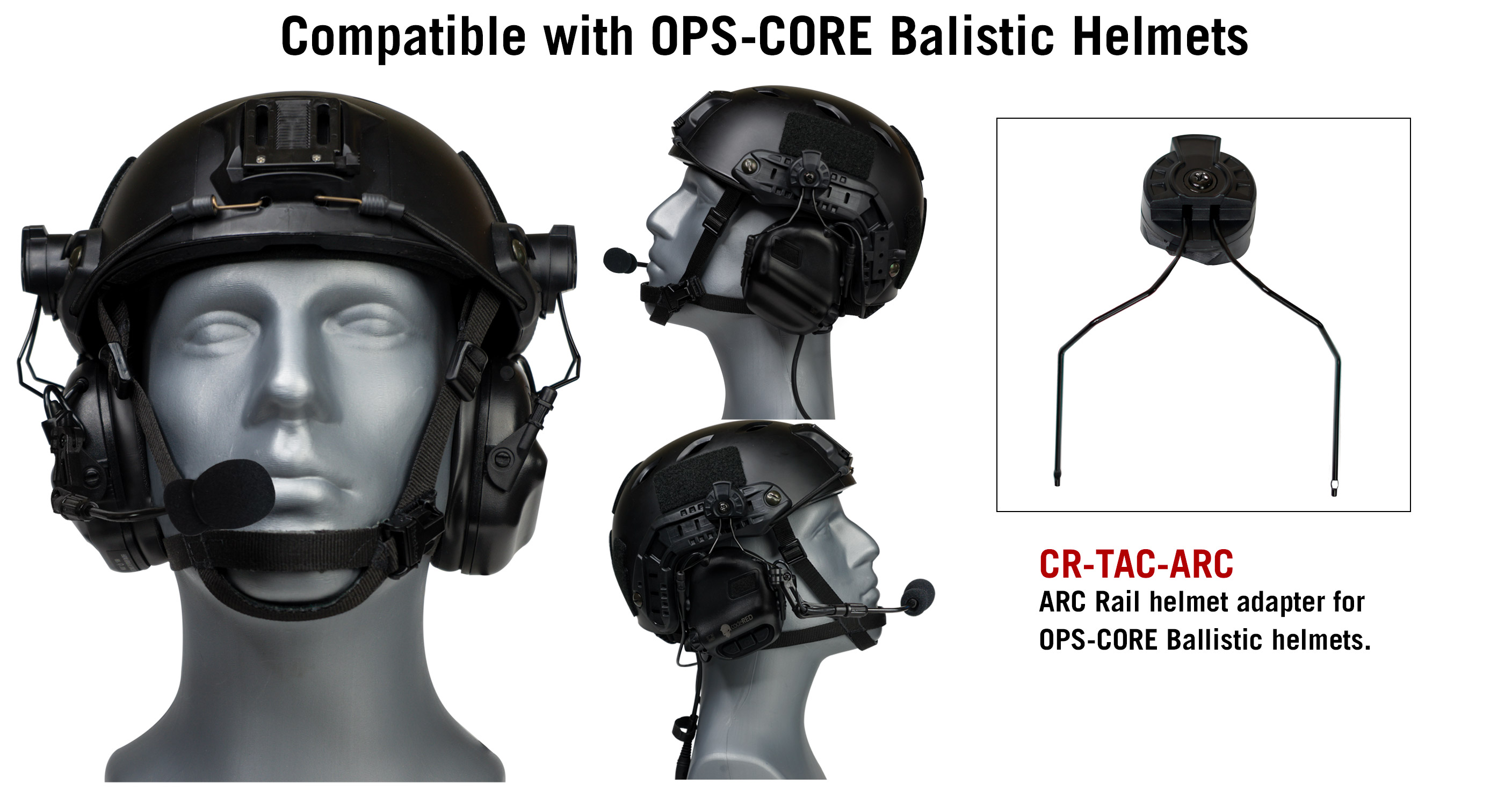